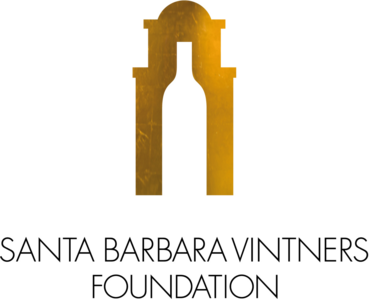 Since 1986, the Foundation has provided scholarships to local students, and today provides scholarships to Allan Hancock College Enology/Viticulture students and graduating high school seniors in our viticultural area. The Foundation is a strong supporter of People Helping People, most recently sponsoring their Vino de Sueños program. Fundraising also provides support for Foodbank of Santa Barbara County, a non-profit organization working to eliminate hunger by providing food, education and other resources to a network of hunger-relief charities and their communities.

The Santa Barbara Vintners Foundation biennial Santa Barbara Wine Auction, which benefits Direct Relief, has, since its inaugural event in 2000, raised over $5 million, which with Direct Relief's leveraging capabilities, translates into more than $150 million, yes, that's $150,000,000. As a result, millions of people receive care they need and otherwise would do without because Direct Relief provides ongoing medical assistance to the poor and those affected by natural and civil disasters without regard to political affiliations, religious belief, ethnic identity or ability to pay - whether they live in Santa Barbara County, Puerto Rico, Syria or Myanmar.